Warning: "continue" targeting switch is equivalent to "break". Did you mean to use "continue 2"? in /homepages/38/d334407717/htdocs/gatheringwp/wp-content/plugins/gravityforms/common.php on line 3496
 Comparison

Comparison is something we do every day. I go to the grocery store and I compare onions (the firmer one is better). I also compare people. I’ll usually pick the more athletic person for a sport, and I’ll pick the more dedicated person to overlook something I write. After all, I want to win the game, and I want a person who will finish editing whatever I wrote.

Yet, it’s not an entirely harmless endeavor. I mean some onions at the store may never get picked, and they may cry, but hey, they make me cry so they should suck it up. And yes, feelings do get hurt when people aren’t picked, but there is the reality that if you want to do something you need to work at it.

Comparing the way I mentioned above is just life. Yet, the comparison I’m talking about today is the one that brings a sort of slavery. It’s the one that brings death. It’s a comparison of one’s worth to others that leads to a depreciation of oneself. It’s a really sick desire too, because it’s never really satisfied until you’re better than everyone else; a goal which will never be accomplished. As a result, there is a constant striving for something that can never be reached and a decay of self that has the stench of death. I use such strong language because it’s true, and one cannot simply shrug it off as, “This is just how I am.” Thankfully, you were not intended to be that way. There’s a freedom from it.

Before I continue, let me just say, comparison is not competition. Competition is simply just seeing who is better at something. “The greatest ball-in-hoop-thrower in the world.” or “The greatest cork-ball-whacker in the world.” People compete for those titles, yet they are more than just that. Chris Bosch and Kobe Bryant are two very different people, but they are both great ball-in-hoop-throwers.

So let’s even the playing field. All human beings have worth.

This verse is the reason why when Grandpa Joe is sick, we don’t take him out in the back and shoot him. We can do that with animals if we are on a farm and afraid of disease spreading, but not with humans. We try our best to save every single life, because every single life is sacred. Every human is in the image of God. It’s a natural beauty. No human is less than another. Not because of race, or gender, or any other thing. This includes you. Without you doing anything in your life, you are in the image of God therefore you have worth, and it’s not something you can corrupt or remove. Even the most despicable human is still human and in the image of God. If you somehow become spider-man, you still have that worth… and super powers.

That’s wonderful. Human rights are something I’m well versed about, but why do I still feel like crap?

Now that everyone has been brought up, the next part is to bring everyone down. No, my goal is not to demean or criticize anyone. In fact, criticism is one of the symptoms of disordered comparison. Like a disgusting bubble of disease on the back of the comparison swamp monster. It’s probably colored neon green. Ew! But yes, criticism is not my goal. The most important thing is to take your eyes off of yourself, and focus them on God. When one’s sights are focused on God everything else just falls short. Yeah, she may be the prettiest at the party, but is she as pretty as luminescent plankton on the sea shore? 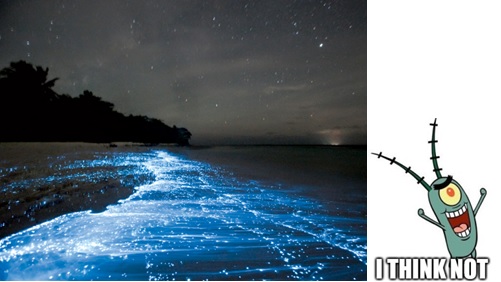 It’s a cute joke example, but it is the truth. We as humans have a tendency to edify characteristics or skillsets and they have a tendency to become God. They become the most important thing in our lives, and the thing by which we judge everything else. We hold others to the standards we hold ourselves, and it’s fueled by the false idea that people should be as rich as us, as well behaved as us, socially adept as us, and if not, something is wrong with them.

The other danger with these standards as God is that we also apply them to ourselves. If we don’t meet a standard then we feel we are worth less until we achieve the goal. This can be with any sort of standard. It can be with things like wealth, family status, or even religion. I imagine most of us understand the oppression of religion placed on us by others or ourselves. Maybe the image of a Catholic nun pops in our head, or a young lady crying because her tiramisu had a little bit more rum than expected.

The good news of the Gospel is that the Gospel dispels these standards. The standard by which we are judged is the flawless perfection of Christ, and such a standard is met if we accept the free gift of salvation from Christ. After that acceptance no other standard matters. Yeah, we may not have the beautiful house and gorgeous family, but we are perfect and an adopted daughter or son of the all-powerful ruler of the universe. He is a Father who has an infinite number of resources and loves to bless us just for the enjoyment of blessing us as long as the gift isn’t harmful.

With all that being true though, it doesn’t mean our struggles with comparison will go away. Like a bad ex-lover it has a tendency to show up out-of-the-blue just wanting to talk. Yet, we must be fidelis to our true lover, Christ. In other words, we never stop fighting our temptations. It gets easier to say “no” and they show up less often, but they never fully go away. Not until death where we receive a new body.

What about using comparison as a motivation to be better?

Maybe. I lean more on the edge of never comparing because everyone lives such different lives and the steps we take are ordained by God (Proverbs 16:9). It’s silly to compare someone at the early stages of their life with someone who is in their later stages, and it’s not just concerning age.

If we do choose to compare we must have discretion. Neither you nor the other person should be worth less because of comparison. In other words, you can’t look down on yourself or another after comparison.

It’s okay if I feel worth less because that’s just me.

Nope, that’s an affront to God. Treating yourself cheaply is quite insulting to someone who put a lot of work into you. Also it’s quite painful to watch someone you love enslaved in self-worth issues.

For people who really struggle with comparison I would seriously recommend avoiding comparison fueling things like social media. Every post is like “Look how great I am” “Look how much fun I’m having” “Read these instructions so you too may match up to my creativity of making centerpieces from things I found on the ground” The photos we post of our lives are really just a veneer of what we want people to see of us. It’s the just the highlights. 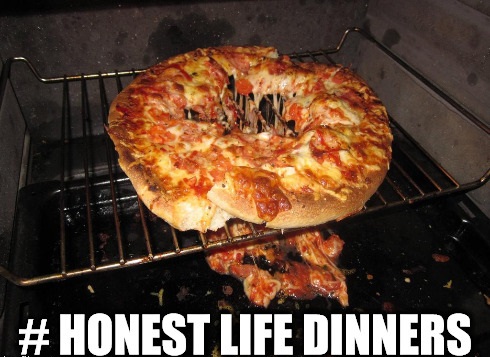